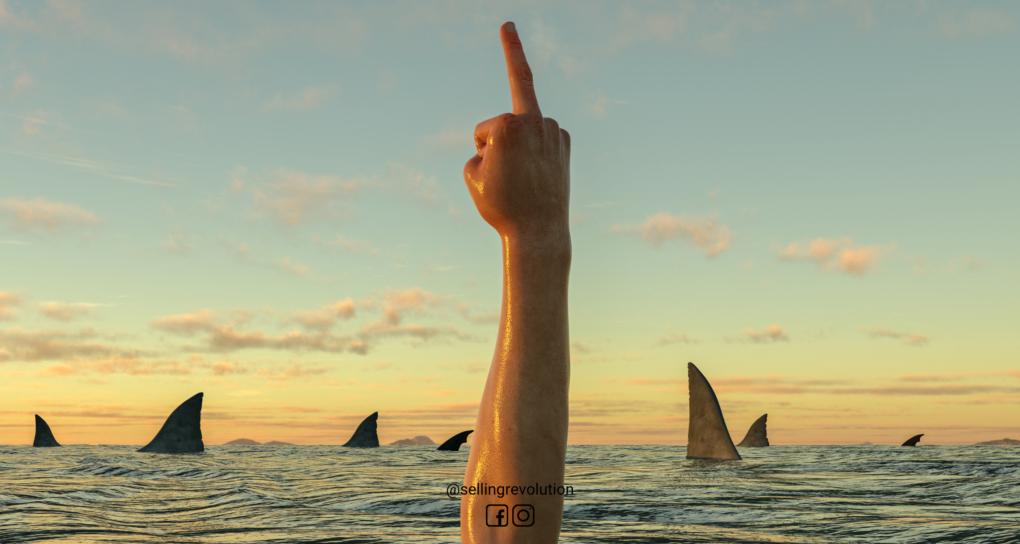 Today we’re talking about Rejection, so buckle up kids, things are about to get bumpy.

You’ve read the best sales books, watched alllllll the expert’s videos, and know your product to the point of excess. You are definitely the most qualified person to be selling your thing. It solves people’s problems. Period.

So? Where the hell is your self-confidence?

Why are you still afraid of failing?

*Louder for the people on commission in the back.*

Our fear of rejection is so strong that most would prefer the sweet release of death over public speaking. 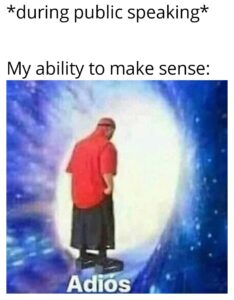 And since speaking to THE PUBLIC is what needs to happen in order to make sales, we gotta get you past your fear of rejection, NOW.

Exhibit A, this guy:

Entrepreneur and author Jia Jiang needed to get over his fear of rejection if he wanted to achieve his goals in business and in life.

Instead of avoiding rejection like most of us, he ran straight toward it, exposure-therapy style.

He started a now-famous blog called 100 Days of Rejection. His goal was to get as many No’s as possible. Rejection was the goal. He wanted to desensitize himself to rejection so that it couldn’t hold so much control over his life. So that it wasn’t such a big deal anymore.

I highly recommend you watch his insightful and charming TED talk about the experience.

The most important takeaway he discovered was: do not let rejection define you. Instead, learn to let your own reaction to the rejection be what really matters.

Tips on Controlling Your Reactions to Rejection

1) Recognize What’s Behind The Fear

Anthropologically speaking, we evolved to fear rejection for our own survival. Back in the day when getting kicked out of the tribe meant a lonely death by a lion. The historical reason why rejection hurts doesn’t apply anymore.

Fear of rejection is an outdated self-preservation technique.

Negative experiences are much easier to recall than positive experiences because that was how our brains kept us alive. Back when we were hunter-gathering, a simple mistake could be life-threatening. Bad judgment was dangerous, so our brain made sure we didn’t forget.

Negative self-talk is an old survival instinct that no longer serves us.

Our slow brains just haven’t caught up yet. 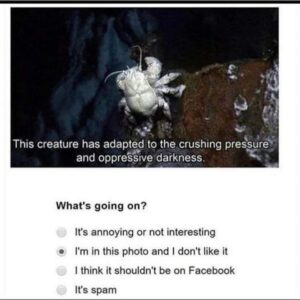 For real, if your best friend said even half the horrible stuff you tell yourself on a daily basis, they wouldn’t be in your life anymore.

The only reason your brain is still insulting you is because you haven’t figured out the right part to lobotomize yet.

It’s extremely difficult to eliminate negative self-talk, especially when you fail to close a sale.

In fact, a goal of “no negative thoughts” can actually make you feel worse about yourself (because we all know what our brain does when we’re told not to think about polar bears.) 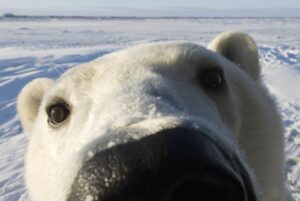 If we allow ourselves to get lost in negative thought loops, we’ll convince ourselves that losing a sale means we’re not cut out for this and we should probably quit.

One way of calming down our dumb brains involves exploring our limiting beliefs.

Limiting beliefs are false assumptions that hold us back from going after what we want. They limit what we think is possible or attainable.

They often appear right before we make a decision, and sometimes prevent us from taking any action at all. If we allow limiting beliefs to control our lives, we become stagnant. We don’t grow.

Examples of limiting beliefs include:

These four questions developed by Byron Katie are helpful in recognizing and reversing limiting beliefs:

She challenges us to invert our limiting beliefs into empowering beliefs. What would be the opposite of that thought? To solidify proof that our empowering beliefs are the ones that best serve us, she asks us to list three specific examples for each one.

If we hold limiting beliefs about ourselves, then rejection reinforces those beliefs.

But if we hold empowering beliefs about ourselves, rejection is actually motivation to keep going. 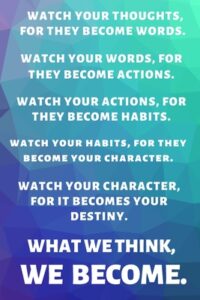 Jia shifted his view of rejection. Instead of a life-ending experience, it became an experiment.

He didn’t take rejection personally, because he turned it into a game.

When you fail while playing a game, you know it’s not a reflection of your character or identity. You don’t make mistakes because you’re unworthy. Your failures are signals of where your weaknesses are, and where there’s room for improvement.

Rejection is a hint. Failure is a clue. 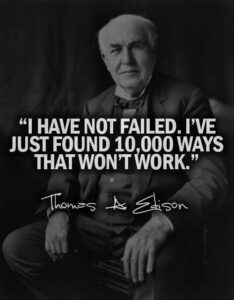 That, boys and girls, is what we call a “reframe.”

Failure opens new doors. Rejection allows you to explore other ways of reaching your goal, of making that sale.

It consists of three questions

Developed by Suzy Welch, it’s a way to reframe the emotions or fears you feel in the present moment, or on the cusp of a decision.

It kicks you out of the fear spiral you might normally fall into when having to do something scary, like ask for the sale. It snaps your brain into metacognition mode (where you think about your thinking. In other words, mindfulness.)

The answers to those three questions usually tell you what decision you should make.

Will getting a ‘No’ matter to me in 10 minutes? (Yes, it will sting. It always stings.)

So what should you do? Go for it.

Will getting a ‘Yes’ matter to me in 10 months? (Yes, because that sale gave me the confidence to ask for more sales. I’m building a foundation.)

Will getting a ‘Yes’ matter to me in 10 years? (Maybe? Where could I be in 10 years if I don’t give up? How do I know this Yes won’t snowball into a life-changing butterfly effect?)

So again, what should you do? Go for it.

If we make a point of taking lessons from our rejections and failures, then they were valuable experiences that we should feel grateful for.

Basically, you list out your memorable failures and rejections. Your trip-ups, your slip-n-falls, your defeats, your losses, your fuckups.

Then below each faceplant, write down at least 3-5 positive outcomes that may not have been, had your faceplant never happened. These could be lessons you learned, people you met, decisions you made, experiences you had, sights you saw, food you tasted, a song you heard, etc. As long as it’s positive, it counts. The more the better.

The point is to find gratitude, even for the smallest wins and the biggest losses.

You can ease yourself into it with small failures, or dive right in with the worst of the worst. (In my experience, the first time I did this exercise, it helped me to list the absolute worst. Once I was finished, I was so grateful for the positive outcomes that I actually felt relief that the worst had happened. The thought of missing on the experiences, people, places, and lessons that I received as a direct result of failure and rejection is now terrifying to me. I wouldn’t be who I am today, if it weren’t for those glorious fuckups.)

We shake off our failures and use them to climb higher. (Like that donkey who fell down a well, and instead of saving him, the farmer just called it a loss and tried burying him alive because I guess that’s what they did in the olden days, but instead that stubborn donkey shook off each shovel full of dirt the farmer threw on him, stamped it down, and eventually the farmer had thrown enough dirt into the well that the donkey was able to climb out. I mean, we get the message, but that story sucks, let’s be honest.)

Desensitize yourself to rejection anxiety with Cold Shower Therapy.

When Joel says cold shower, he doesn’t mean start off with warm water, turn it to cold, then back to warm to feel comfortable again. 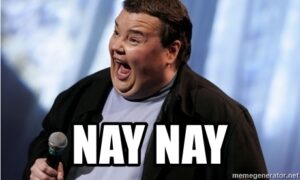 Cold Shower Therapy means getting up in the morning and jumping straight into sub-zero glass shards that make you feel like your skin is shattering.

It is the worst.

A cold shower is one of the most uncomfortable things you can do. It sucks, you know it’s going to suck, but if you suck it up and do the sucky thing anyway, guess what? That fear you had, that POS emotion? You didn’t let it control you.

There’s great power in knowing that the most uncomfortable part of your day is already behind you. Honestly, rejection feels SO much less intimidating when you experience a cryogenic liquid-nitrogen misting first thing in the morning.

Trust me, ain’t nobody gonna be as cold to you as that shower.

So go read Joel’s post on CST. Then get his Cold Shower Therapy app.

Bottom line, cold showers increase your willpower and build your tolerance to fear and anxiety.

Because if anyone’s gonna make you uncomfortable, it should be YOU. 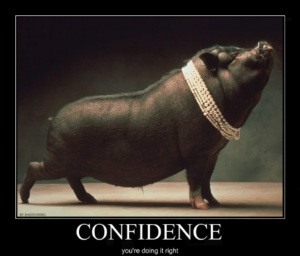