Did you know that a clear grasp of the Collective Unconscious theory may be your ticket to sales success?

For many years, people have come to terms that business is entirely logical, commercial, and empirical. After all, it’s easy for humans to embrace tangible concepts rather than abstract ideas. However, this propensity for the finite has led us to overlook the fact that business has more to do with psychology and emotions than anything else.

If we take a peek at how the psyche operates during the sales process, what you will uncover might surprise you. Underneath the smile, the giggles, and buzzwords exchanged between a seller and buyer, their respective thoughts are governed by one thing:

How do I get what I want?

Both parties are jockeying to find common ground where their beliefs can overlap — a space where the seller’s proposed solution resolves the customer’s felt needs– or their money, energy, and time (MET).

For a seller, knowing how to reach this exchange requires an in-depth knowledge of how your customer’s brain works, and learning the Collective Unconscious is the first step to this end.

If you want to get in your client’s head, keep reading.

Jung and Freud: History of the Collective Unconscious

The Collective Unconscious is the brainchild of famous Swiss psychoanalyst Carl Jung. To understand the entirety of his theory, it’s important to look back at history and explore its origins.

Born in Switzerland in the year 1875 Carl Jung began as one of the students and closest disciples of Sigmund Freud. Despite affirming his mentor’s many psychological and psychoanalytic principles, the professional relationship between Freud and Jung turned sour. Jung began criticizing his mentor’s focus on sexuality during development. This sparked Jung’s journey to develop his own approach to analytical psychology.

The Collective Unconscious is a distinctive component of the human psyche. This is a collection of knowledge, imagery, and concepts shared by humankind. According to Carl Jung, these pieces of information come from our ancestor’s experiences and are transmitted from one generation to the next.

Jung believed that this unconscious mind plays a significant role in influencing our current behavior. Our psyche unleashes the Collective Unconscious during a person’s moments of crisis.

What does this mean then for residential home service business owners? Well, in your business, you’ll encounter customers from all walks of life. More often than not, they belong to two distinct categories:

Jungian concepts suggest that humans’ survival instinct is baked into our DNA. Survivalists will try to chip away every bit of your profit to get the cheapest possible value that has their felt needs MET.

One workaround when dealing with survivalists is offering an irresistible value proposition. By presenting offensively huge value for your asking price, you can convince survivalists to take your compromise. Be prepared to skinny up the deal to gain buy-in and then go for the second sale on those things you discovered they care about most.

In other words, speak their language and you can close the sale.

The theory of the Collective Unconscious is one of your best artillery to get inside your prospect’s mind. You can prepare counter-proposals that are difficult to say “no” to, regardless if they’re in thriving or survival mode.

Need expert guidance to teach the art of Collective Unconscious? Book a call with Ryan Chute of Wizard of Sales®.

Understanding the Concept of Collective Unconscious

The motivation behind the Collective Unconscious is that it’s the very foundation of humanity’s deep-seated beliefs and practices. According to Carl Jung, there’s a reason some dreams, myths, and religions share palpable similarities despite people’s spatial and temporal differences. This is because of the Collective Unconscious, a.k.a. the primal source of everyone’s creativity and imagination.

Today, business people can utilize this tool that was coined ages back in their marketing strategy. Using the Collective Unconscious, you can communicate, publish ad campaigns, and transact with customers on a deeper level. This builds client loyalty, encourages customer satisfaction, and expands your customer base in the long run.

In order to fully comprehend Jung’s theory of the Collective Unconscious, we must also understand the terms surrounding these ideas.

Carl Jung believed that everyone expresses their Collective Unconscious through archetypes. These are universal symbols, signs, ways of thinking, and behaviors that are genetically passed down to us by our predecessors.

Basically, depending on what the situation calls for, an individual may display an archetype appropriate to the situation. Jung added that these archetypes are flexible, meaning, they may overlap, sequentially emanate, or even combine at any given moment.

I have a dedicated article that covers the 4 major archetypes, feel free to visit it to learn more. Below is a general overview of the 4 archetypes and how you can sell to each:

A major archetype. This is who humans are at the deepest level, who they strive to embody, and what makes them unique. A life misaligned with their ideal self often leads to dissatisfaction and depression.

Residential home service prospects are often driven by an insatiable desire to keep up with the Joneses. If you can, show them how your service can give them a sense of identity aligned with their desire. You can even sell them a geothermal heat pump without them batting an eye. 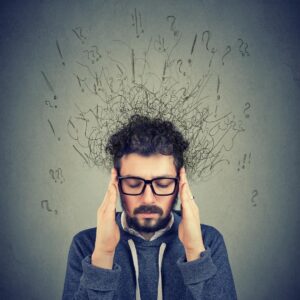 Another major archetype. Not all people are conscious of their shadow archetype. It’s where unlikable qualities like fear, shame, anger, guilt, jealousy, and limiting beliefs lurk. In your business, you would identify these qualities as antimotivators (motivation with negative resonance) to convince prospects to take an action.

If you’re selling a roofing service, you can try to sell from the angle of fear of loss. Initiate the sale by feeding into your client’s fear of “weather-related problems,” provide statistics on typhoons, anything to fill their antimotivator meter (factors that motivate action from a negative resonance), and then present how your solution can quell their fears.

Another major archetype. This represents the quality of masculinity and femininity within each person. More often than not, one quality is more developed than the other, so people tend to fill the qualities they lack.

Say, you’re selling an HVAC service to a macho bravado father. One way to convince him to pursue your solution is by framing your offer from the angle of nurture. When you effectively illustrate how your solution can provide comfort or warmth to his children, he’ll be persuaded to choose your offer.

A major archetype. The persona (a.k.a. The mask) is the face we show the world to hide our true selves. It’s crafted by combining social norms, cultures, and ideals to satisfy what society calls for. A customer may display various personas, for example, during a sales call a client may display a serious and analytic disposition to let you know that they’re assessing your offer.

When dealing with a client’s persona, the solution is to connect with their true self:

What makes their faces flush? What gives their backs the shiver of excitement? What is it they truly desire underneath their “analytic” ruse?

Give your prospects an experiential illustration of how your solutions will satisfy their underlying felt needs. If you do, they’ll most likely give in to your offer. Why? Because every buying decision stems from the part of the brain that exclusively feels and has no faculty for words or logic.

Aside from religion, Jung suggests that people’s internal morality, ethics, concepts of fairness, and definitions of right and wrong stem from the Collective Unconscious. Therefore, a survivalist prospect’s ingrained instinct to be on the defensive is a product of their unconscious mind.

Have you noticed a similarity between all children (and some adults) when it comes to fears and phobias? For some reason, people are innately fearful of the dark, sensitive to loud noises, repulsed by flying bugs, and scared of heights among other things. According to Jung, the theory of the Collective Unconscious explains these phobias.

Some fears are not produced from negative experiences. Not everyone who fears heights have fallen from a 50-story building. In support of Jung’s theory, research suggests that fear-inducing situations activate the amygdala or the part associated with unprovoked fear. 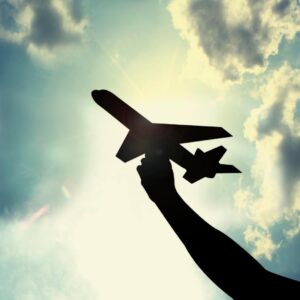 Carl Jung believes that specific symbolism found in people’s dreams is universal, hence, the dream dictionary. Symbols that a person dreams about in the U.S. may manifest in the same dream of a person living in Europe, and they mean similar things.

Naturally, Carl Jung’s belief received flak from the scientific community. Not because what he said was necessarily false, but because even advanced science has no means to prove the reality of his theory.

Nevertheless, there is business-related merit we can learn from the Collective Unconscious. People are built with layers of different archetypes, personas, mindsets, beliefs, and defense mechanisms. Your goal as a residential home service business owner is to appeal to their true selves. Demonstrate how your solutions can soothe their pain and pleasure points. Explain how your products and services can satisfy their felt needs (MET). Learning Jung’s theory on the Collective Unconscious can help in those regards.

Tapping into your audience’s Collective Unconscious can be daunting, but not impossible with expert help. Book a call with Ryan Chute of Wizard of Sales® and shift your prospects’ conscious buying decisions in your favor.